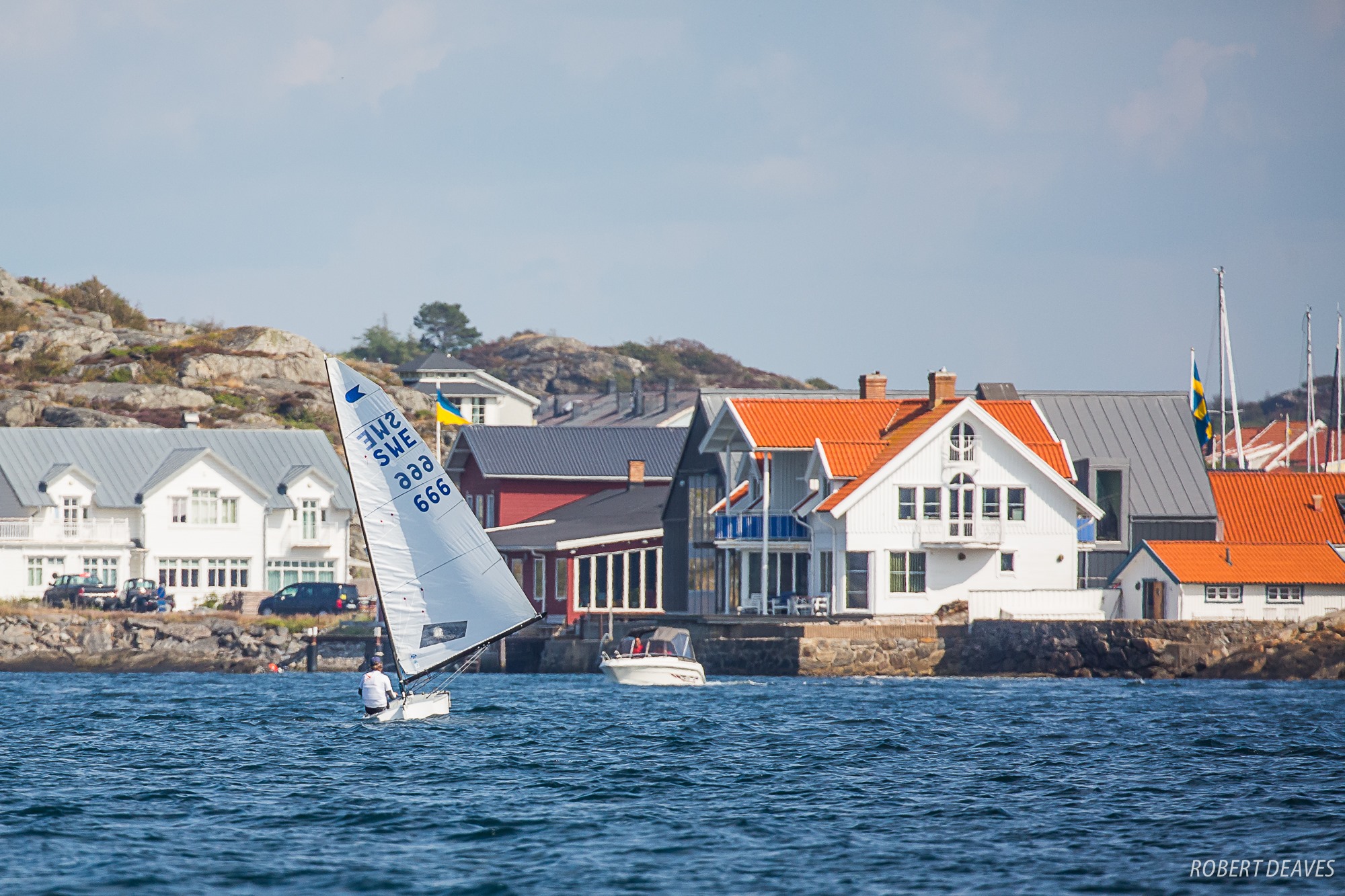 von Greg Wilcox 14.09.2019          Fotos:(c)Robert Deaves
The Swedish nationals were this year in Marstrand which as we all know is where the next World Championship will be. Marstrand is a bit north of Gothenburg and is a very very nice place. The regatta will be from the mainland and not from the island. This year it was held from a carpark by the Marstrand segel club. It would be fair to say it was not exactly ideal. The area was not really big enough for the 60 odd OK’s and also the finns which were also there. Parking was a hassle as the carpark was supposed to be for boats only. The ramp was far too small so people were launching very early just to get out on time and there was a fair bit of crash and bang when people came in and tried to get out of the water. For some reason not so many of the swedes think it is a good idea to help everyone else once their own boat was on land. Something the growing class there needs to learn. 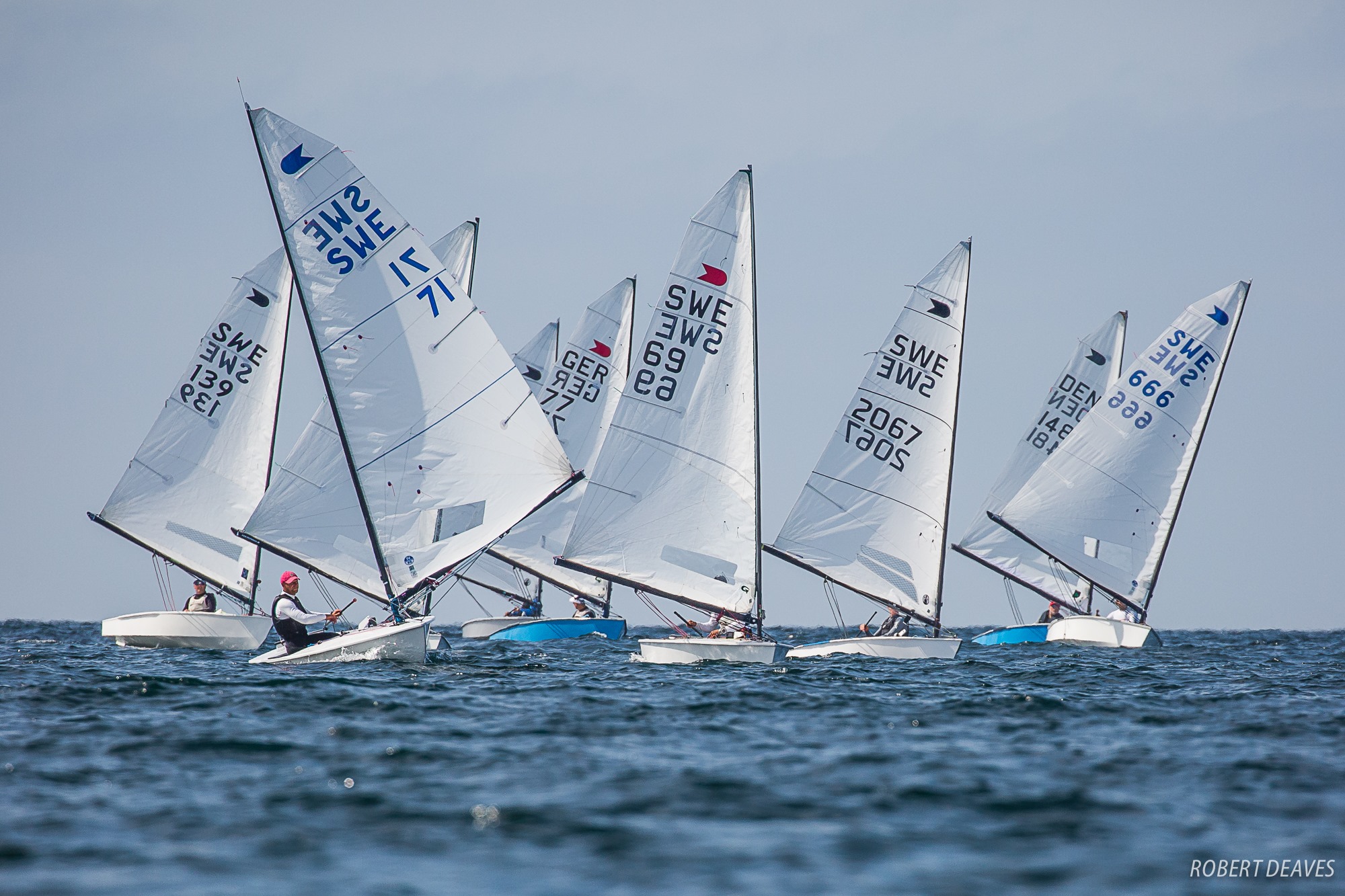 I have to say I was a bit disappointed with the social aspect of the regatta. The first day we got one can of beer and one hot dog each. The second day we got nothing but there was a dinner (for an extra 30€ on top of the 120€ entry fee). On the last day when everyone was leaving there was another beer and a sandwich. That was it. Not really German style. 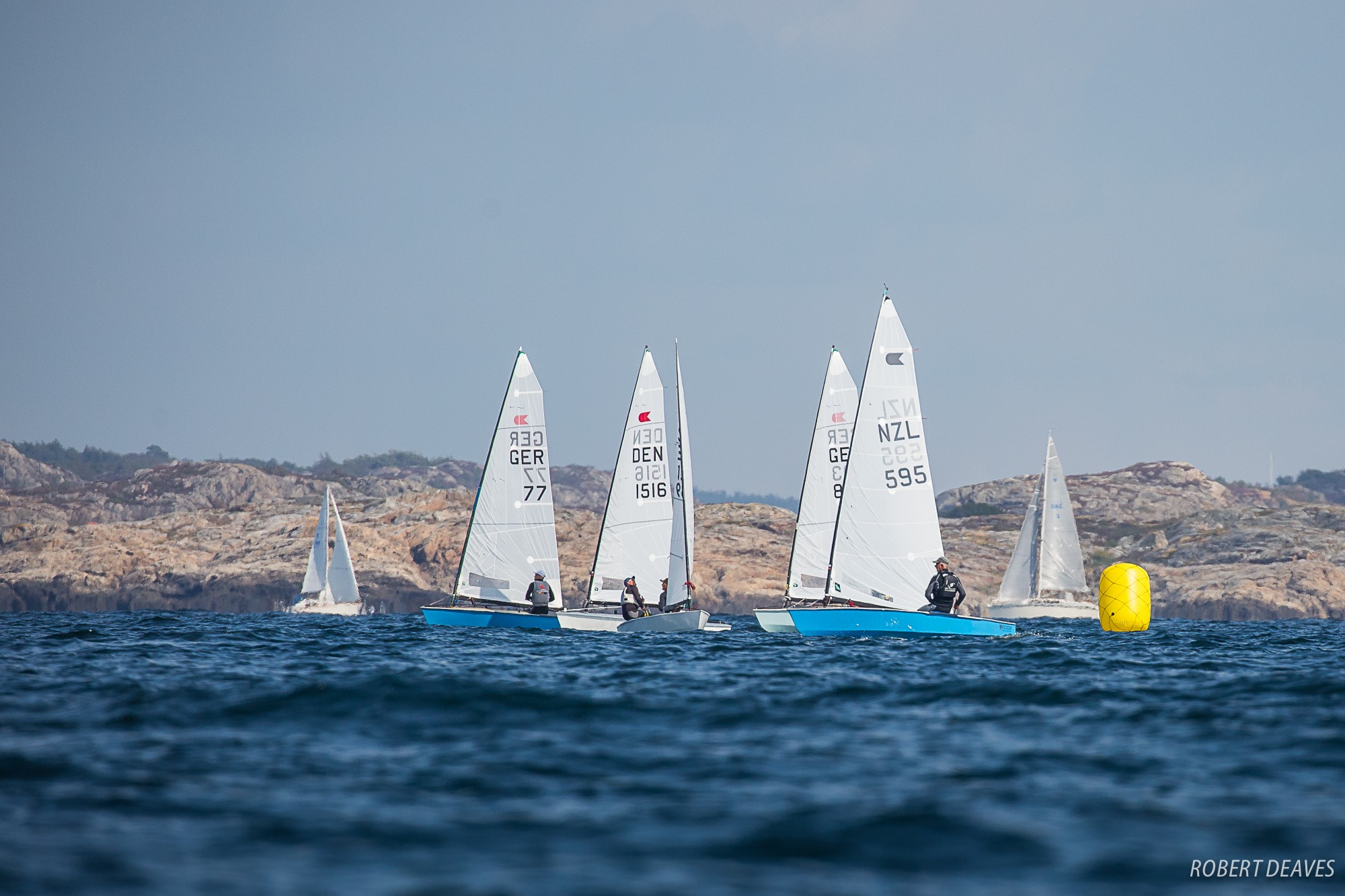 Accomodation was not so easy to find and the campground, which was not so far away, has a strange booking policy. It was not cheap either. Luckily for the worlds the base will be next to the big hotel so there will be a lot of space for the boats. Hopefully the club will organise parking there for campers as well. They are working on it apparently.
The sailing area was pretty good although the wind tended to be quite shifty and variable in strength. But it is open and the waves can be very good there, or so they say. The race officer was not really up to standard and set not very good lines and tended to muck around a lot. Luckily we will have HP Hylander running the on the water stuff for the worlds. HP is very experienced having done the Star worlds and the olympics in China so we can expect quality race management. Being an ex OK sailor helps as well! 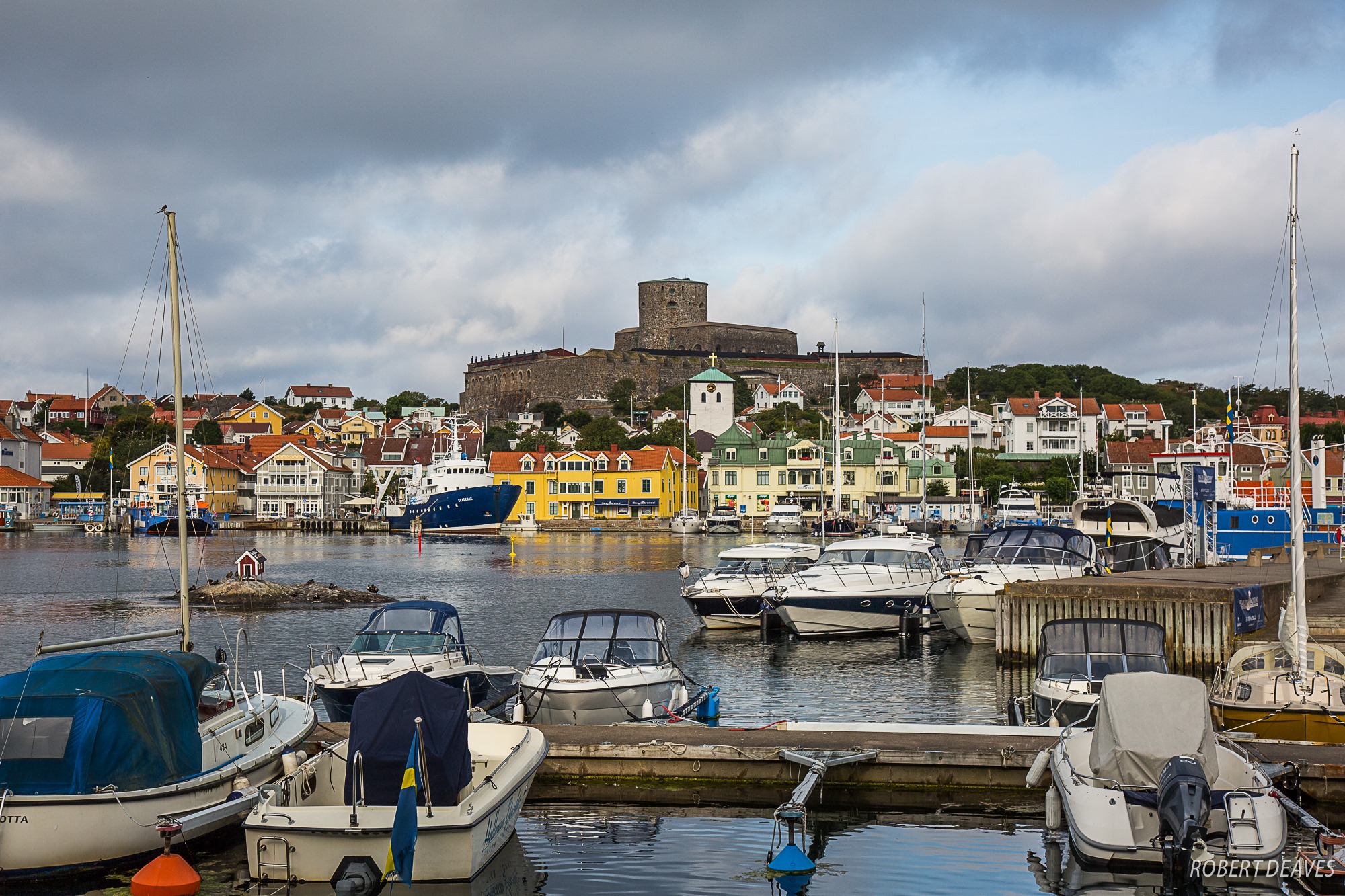 As for the racing, well,Thomas HM sailed very well and won his 13th Swedish Nationals. There were some new guys in the fleet who were pretty good and also did very well but Thomas really showed what sailing almost every day can do for you. If only we were all so motivated. The days on the water were quite long. It was around an hour to the course area plus maybe another half an hour waiting at the ramp for the people who cannot get wet while launching or who can’t manage to pull their sail up in less than 10 minutes and then realise they have forgotten something. Not everyone was slow but most were not fast. the last day there was no wind or not much or it was swinging around. I didn’t bother to go out as I had a ferry to catch and had a good idea about what would happen. there was apparently one tricky race (after a 4 hour wait) and then the race officer started the last one 10 minutes before the 15.00 cut off time. 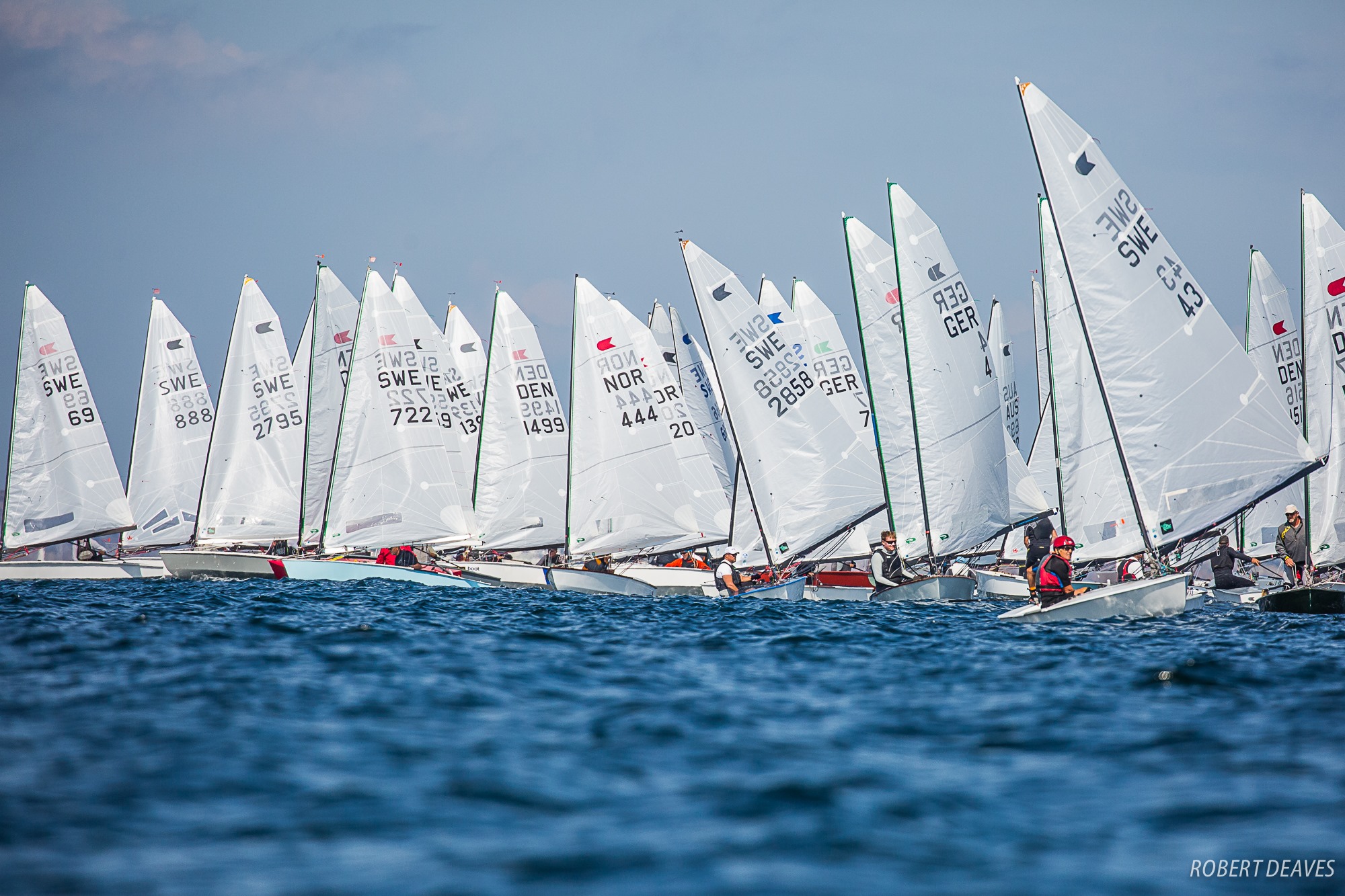 I was busy dropping Robert Deaves at the airport by then so missed all the fun.
The good news is it will be a shorter time to the course for the worlds as we can go the other way around the island and there will be more than one ramp.
I think the worlds will be very good. The club knows it has some work to do and Robert had a very useful talk to them about what is required and what is expected. The biggest problem is that it is an expensive holiday spot and we will be there in the summer when it is not quite at the peak but still busy. They know they have to talk to the campground and organise a whole lot of other stuff so hopefully they will get it done and the information out to everyone in good time. the sailing will be very nice there and as we know the rest will work somehow. One thing for sure though is that the beer will not be free (or cold).