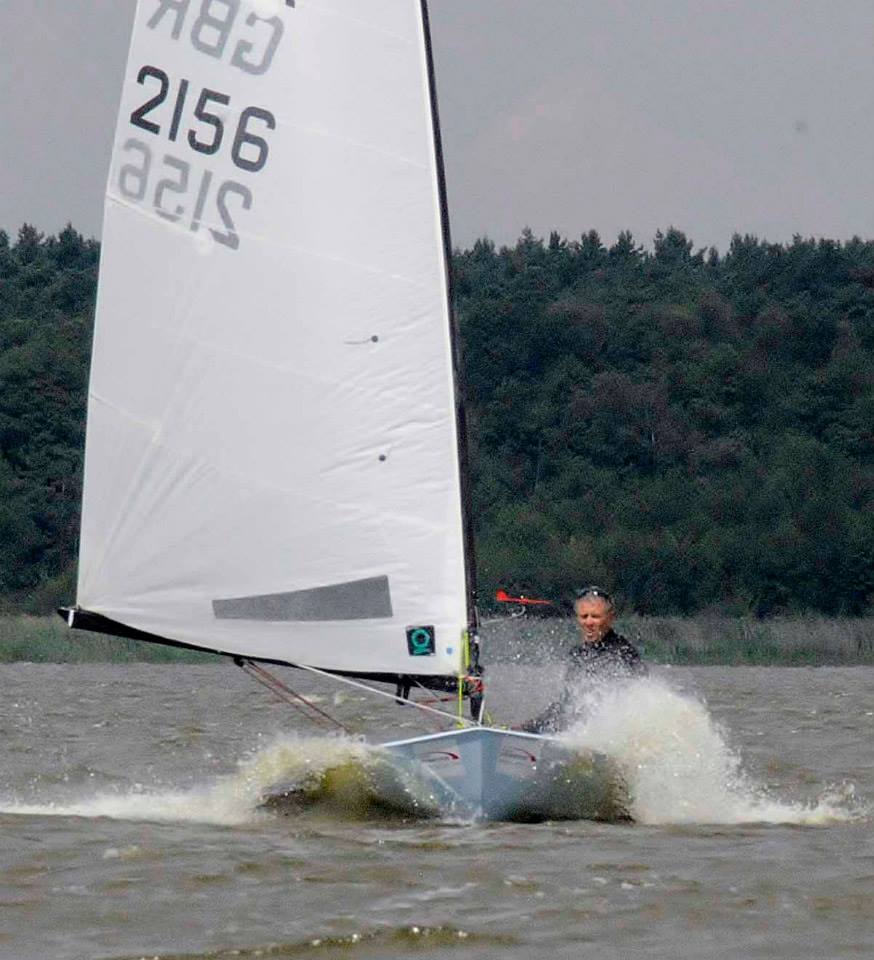 Well what can I say! The organization and venue were perfect for the 110 sailors who turned up. The only thing missing was some wind for the last 2 days. I really must congratulate Ossi and his team for the amount of effort and time that they put into the regatta. The result for us was just fantastic. A big tent for free breakfast and dinner, enough free beer (in fact so much one of the English guys complained “oh no, not another free round!” and plenty of space for camping. 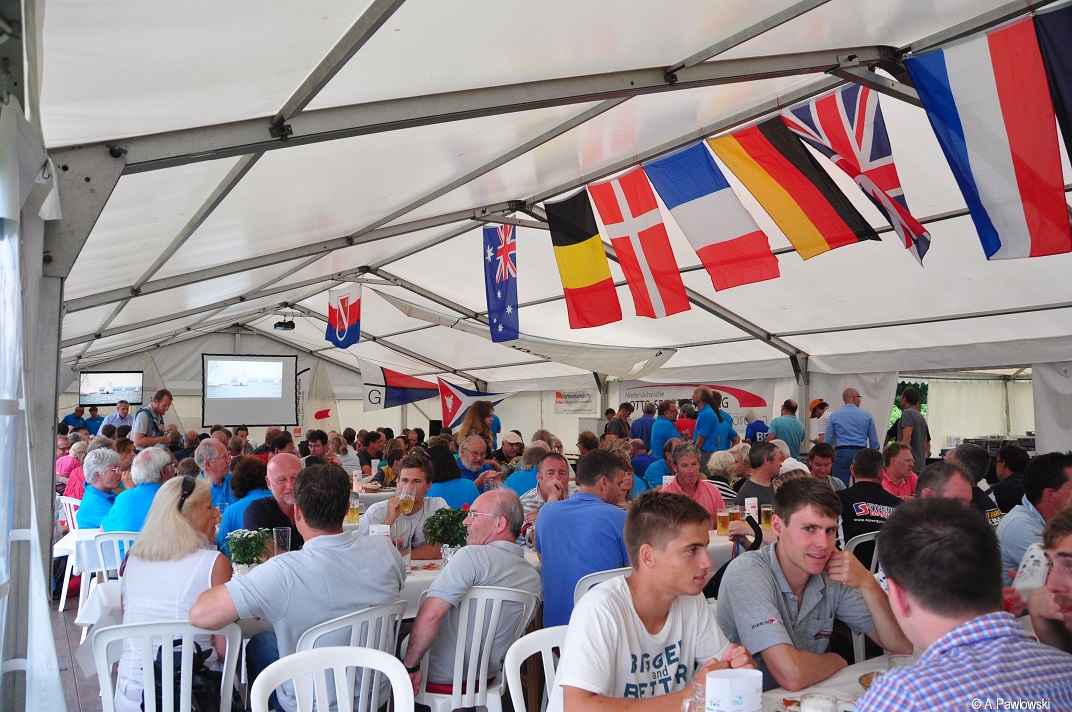 A very big thank you must also go to the event sponsors who made all the extra stuff possible. Lotto SportStiftung being the main event sponsor as well as the two organizing clubs SVG and YSM who showed us all so much friendly hospitality. 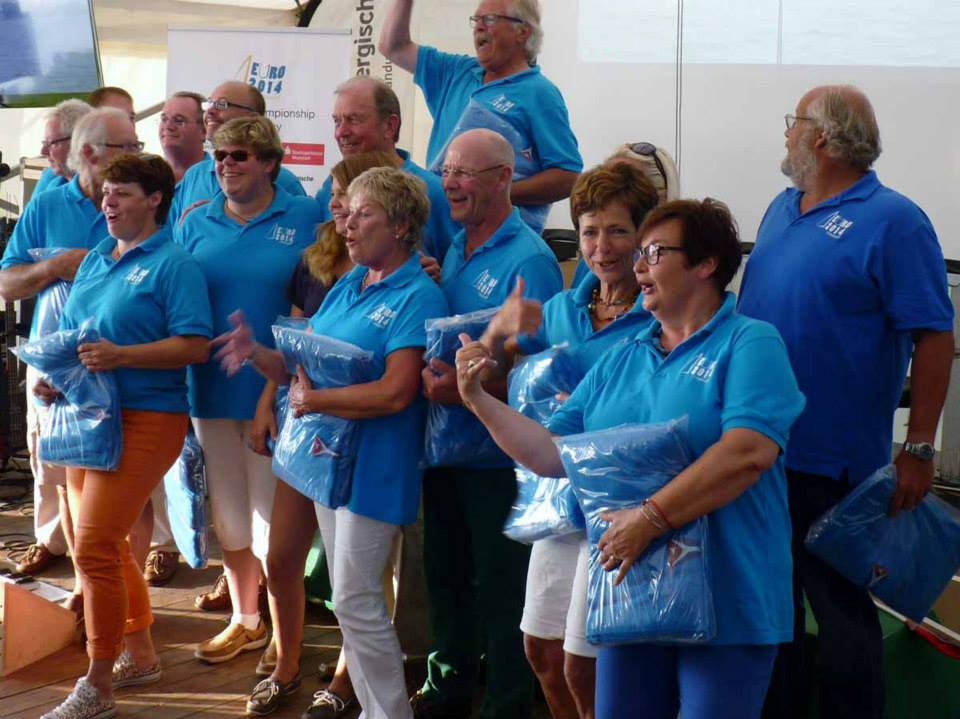 The racing was well covered in the great reports from Robert Deaves so here are my impressions of it. The idea of fleet racing with more than 100 boats is a good one. It allows better racing for all as it is just not so crowded. However in this case I think we should have had 4 groups and not 2 but still with 2 fleets. This way we would have all sailed against each other at least 3 times after 6 races. 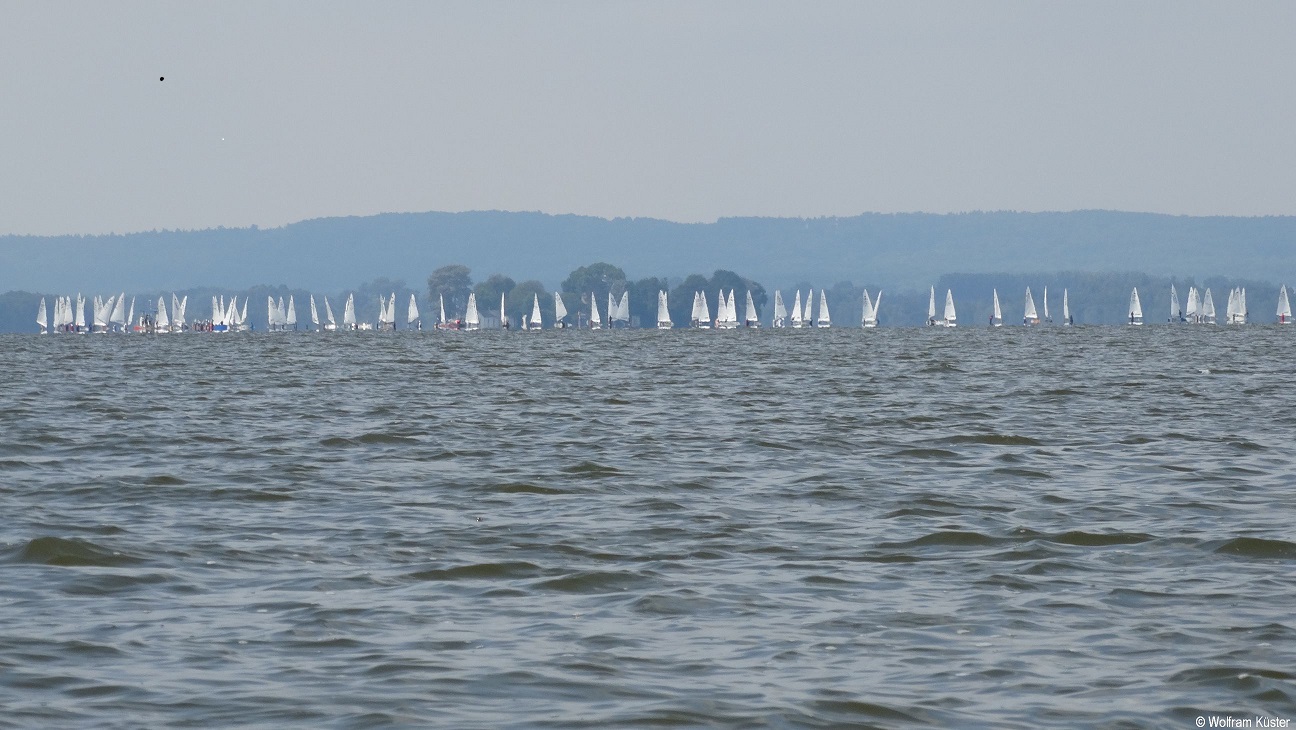 The way it worked there meant Jorgen Svendsen never raced Bo Peterson and I never raced against Pavel. If we had the final 2 days then this would not have been a problem but it is still better to have qualifying races that are as even for the fleet as you can make them. 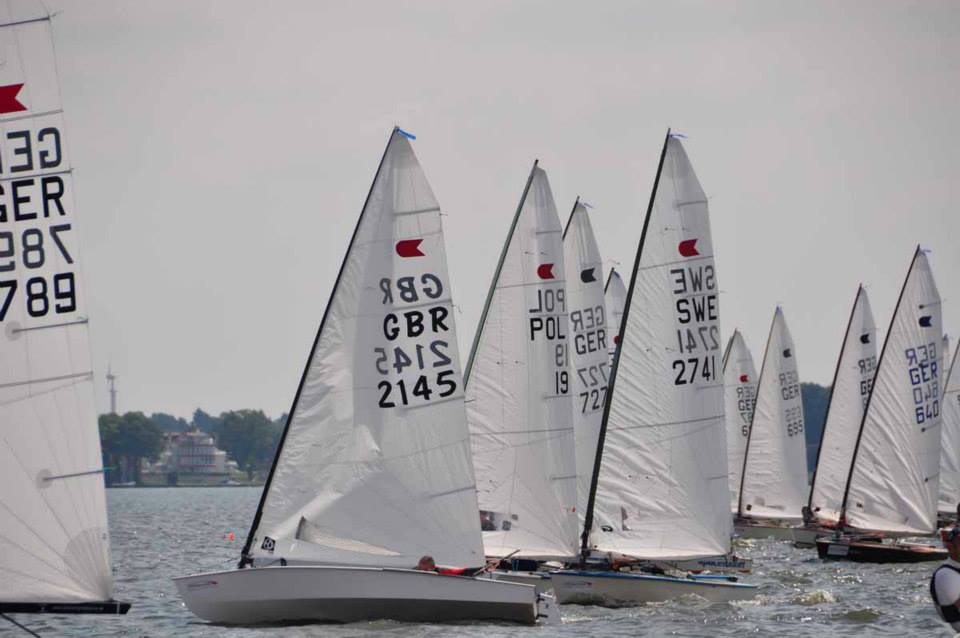 We had some extremely tricky and hard races that were really a priviledge to be a part of. My memories of fighting with Jorgen, Andre, Jim and Lind the whole way around the course usually only a few boatlengths apart will remain for some time. It was just great sailing. 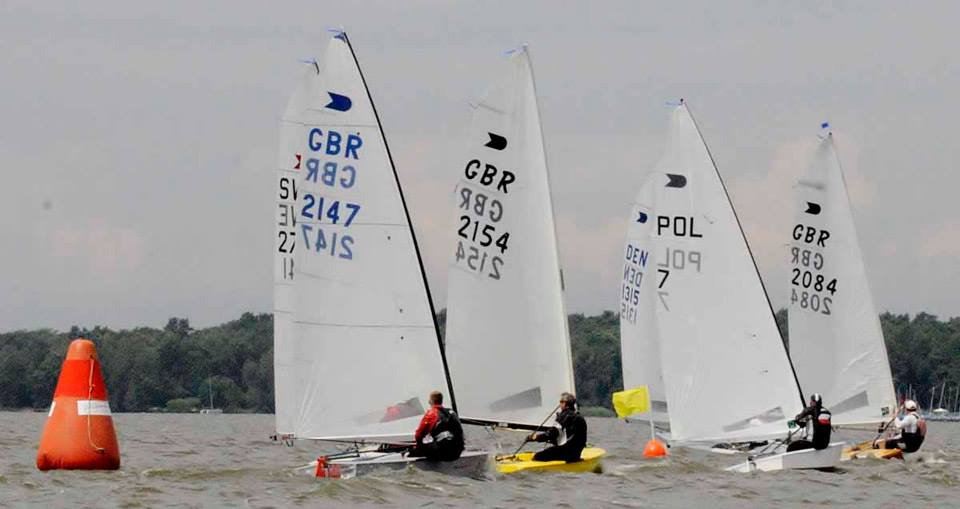 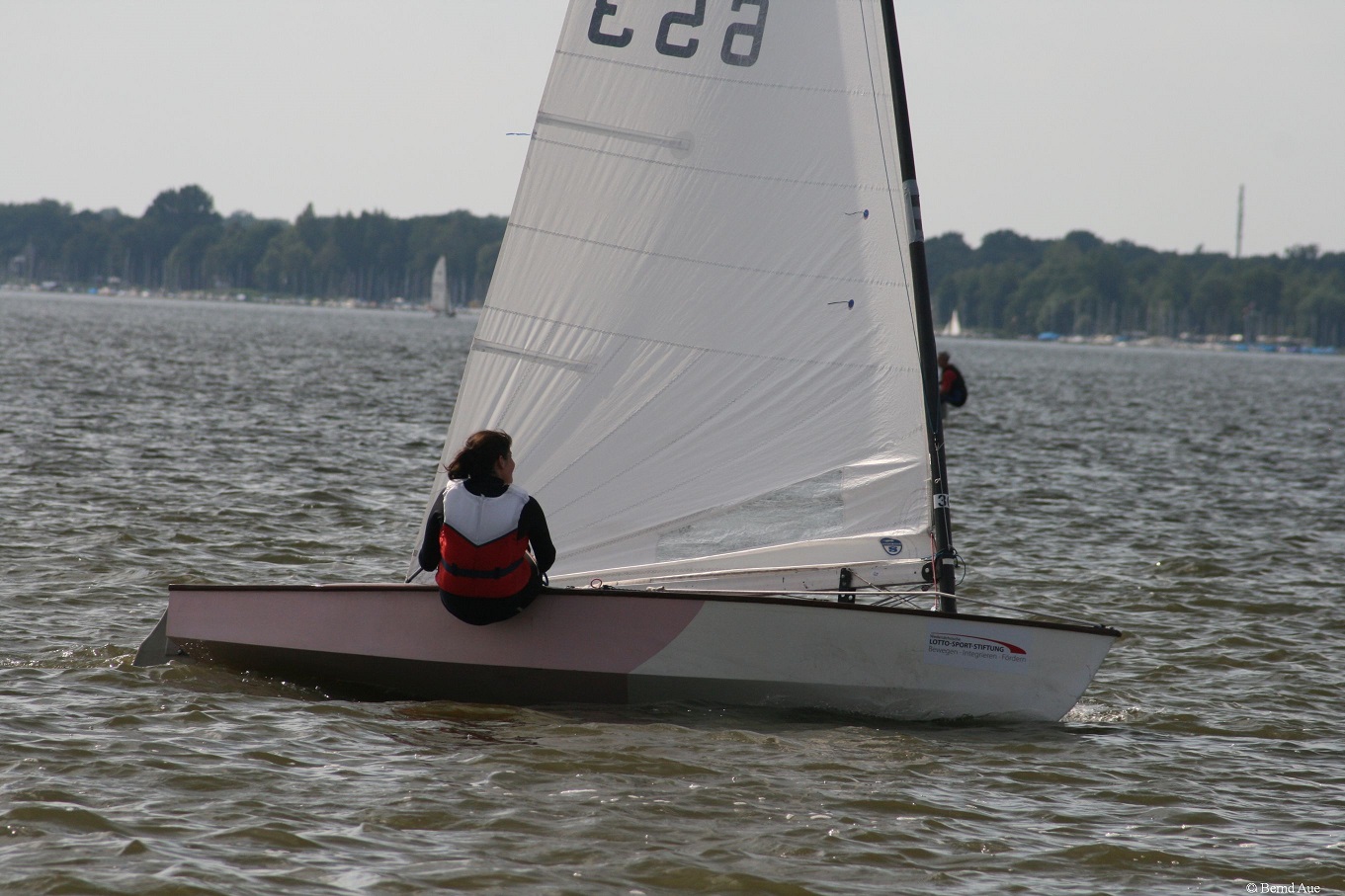 There were also 7 women sailing which is a record I think. Juliane Hofmann, Katarina Huss, Cornelia Wirbeleit, Ute Witke, Susanna Mackmann, Jessica Finke and Johanna Andrew-Becker. Peter Milne came the furthest distance (from Australia) to compete while Ossi was probably the closest. 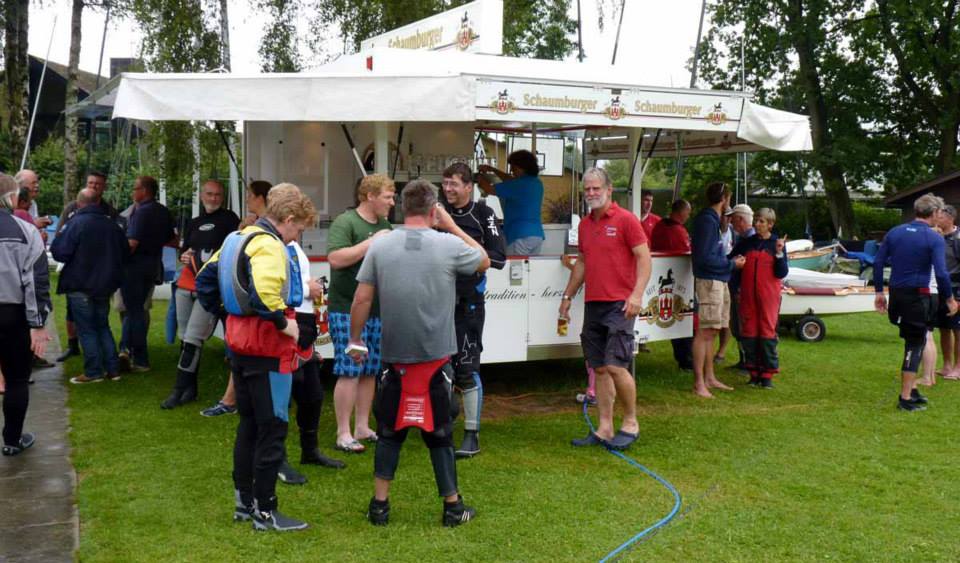 We drank more free beer than any other OK regatta and pretty much everyone had a great time. There are not too many other ways of having a better time than to spend it with friends from around the world having fun. 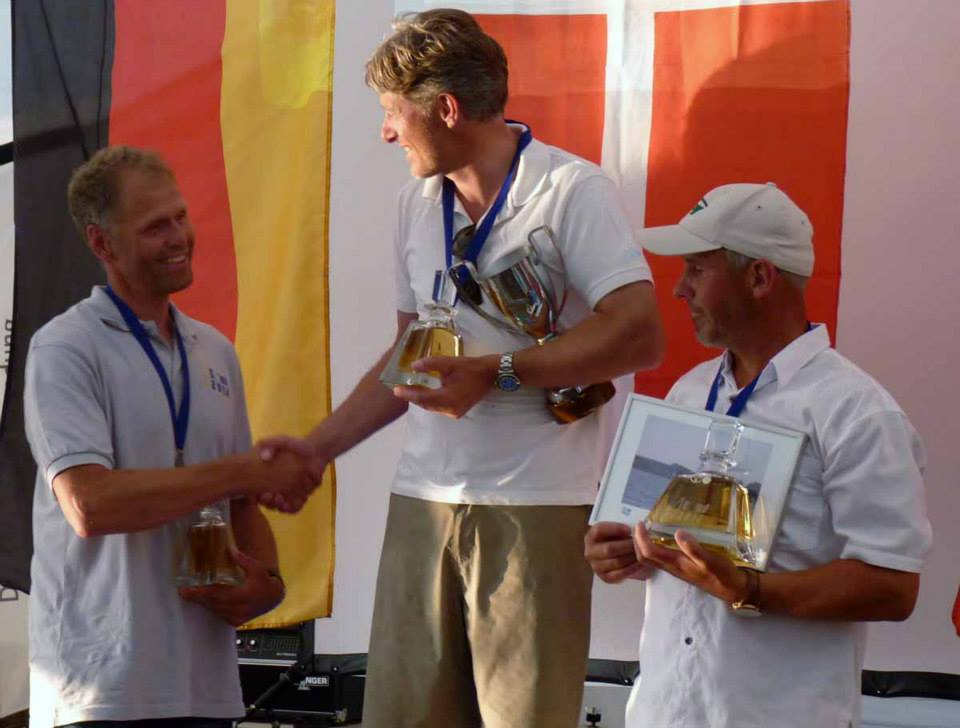